Tibetan yoga was a closed system that for a long time did not make it outside of the borders of Tibet. It was not until the 1970s, when Csukoly Namkhai Norbu, a Tibetan professor and Dzogchen master, began teaching in Italy.

The Origins of Tibetan Yoga

The tibetan yoga system is derived from an 8th century root text that is derived from Vairócsana. This text is called The merging of the Sun and the Moon. Master Namkhai Norbu provided this root text with detailed explanations.

Yantra or Tibetan yoga is one of the basic ways to incorporate the profound essence of Dzogchen teachings (the search for the ultimate ground of existence) into the practitioner’s three ‘gates’ (body, speech and consciousness). Through the positions and movements of the body that we perform in coordination with breathing, we balance our energies, allowing the mind to rest in a true state of calm and balance. This serves as a starting point for entering a deep state of consciousness.

Tibetan yoga uses physical exercises, breathing exercises, and methods working with the consciousness. According to Tibetan yoga there is a so-called energy axis in the middle of the human body. And the yoga of motion leads us back into this energy axis so that we can discover unity from the state of duality.

The Meaning of “State of Duality”

Being in a state of duality means always distinguishing something from another thing. We love something or we don’t love something. Something tastes good or something doesn’t taste good.

If we acquire the capacity for non-judgment and see things as they are, we will cease to wander in a state of duality. We perceive them as the nature of things. Objects, states of consciousness and emotion will be seen neither negative nor positive, but just as they are.

This is one of the essential aspects of Tibetan yoga.

The Tibetan Yoga of Movement

The moving energies in the human body feed our confusion. This can be resolved by breathing, which balances these energies and transforms them into wisdom through proper practice. By practicing yantra yoga, these energies are transformed into joy and clarity.

The most important element of this practice is the tantric yoga of inner fire which is an essential practice of all Tibetan traditions. It is the basic practice of the famous six dharmas of Naropa and the other enlightenment yoga practices that are based on it. 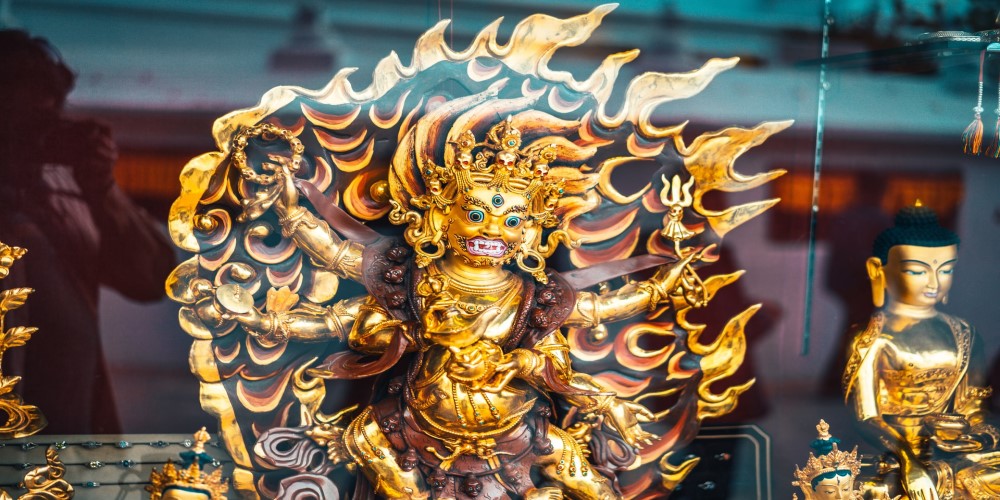 What Is the Difference Between Hatha and Yantra Yoga

Many of the poses practiced in Yantra Yoga are similar to Hatha Yoga , but the way they are applied is significantly different. Yantra yoga uses a sequence that consists of seven phases of movement connected to seven phases of breathing.

In particular, the position of the middle phase of each movement helps to create special respiratory restraints that operate at a deep, subtle level. Therefore, not only the main position but also the different breathing positions and the associated movement are important.

The Structure of Tibetan Yoga

Tibetan Yoga, or Yantra yoga, is a very logical system that is made up of different breathing and movement exercises. The essential part of the exercise is the nine cleansing breaths and the eight movements. But when expanded to its essential part, it looks like this:

Eight movements to cleanse the prana

Which unlocks the blocks of the senses.

And in addition, there are 5 groups of Yantra Yoga, and each has five yantras – practices. Each group consists of a series of movements to which different breathing and breathing postures are associated. Open hold, pressure hold, closed hold and empty hold are an essential part of the groups. Use the aforementioned exercises (nine breaths, eight movements) to establish correct breathing (postures).

Where to Practice Tibetan Yoga in Budapest

Currently, you can mostly practice Tibetan yoga online. The Tan Kapuja of Budapest usually offers weekly yantra yoga sessions in the Buddhist College (during the no-restriction period), organized by the Dzogchen Community in Hungary .

If you want to become a practitioner, it is worth taking a basic, beginner course.

There are four instructors of Yantra Yoga in Hungary, Viktoria Gazda is one of them.

A Guide to the Appropriate Yoga Attire for the Whole Family
Easy Yoga Poses for Beginners
The Main Types of Yoga: A Yogi Manual Part I.
Tags: tibetan yoga, yantra yoga, yoga styles