How to be vegan in Hungary? What does it mean to be vegan? And what are the advantages of it? If you are only getting acquainted with the idea of a plant-based diet, these questions can be rather confusing. So we’d like to start by reassuring you: by the time you get to the end of this article, you’ll know all about the subject!

After the basics, we will tell you how to be vegan in Hungary, in a heavily meat-based culture, where veganism is still an unusual concept. To do this, we’ll give you a few tips, a list of a few shops worth a look around, some restaurants serving divine vegan dishes – and even advice on what to do if you find yourself in a meat-serving restaurant as a vegan.

The Basics of Veganism

After already having covered the basics of veganism in a previous article, we’ll give you just a short summary. Veganism as a way of life means completely banishing all animal things from our lives. This applies to nutrition, clothing, but also to the furnishings of our home and practically all areas of life.

While veganism affects all areas of life, it is mostly identified with food – and that’s what we’ll be focussing on too. After all, the right nutrition is the most important thing for you body. And the right plant-based diet focussing on whole, minimally processed foods can be especially healthy.

A properly designed vegan diet can be associated with lower cholesterol levels and thus a reduction in the risk of heart disease and lower blood pressure. But for vegans, even the risk of diabetes is lower. So it is perhaps no surprise that vegans have a lower body mass index and  suffer from cancer less often. That is why many cultures follow a mainly plant-based diet, for example, Buddhist monks do not eat food of animal origin. But also if you talk to the yogis in the best yoga studios in Budapest, there is a good chance, that many of them follow this diet. 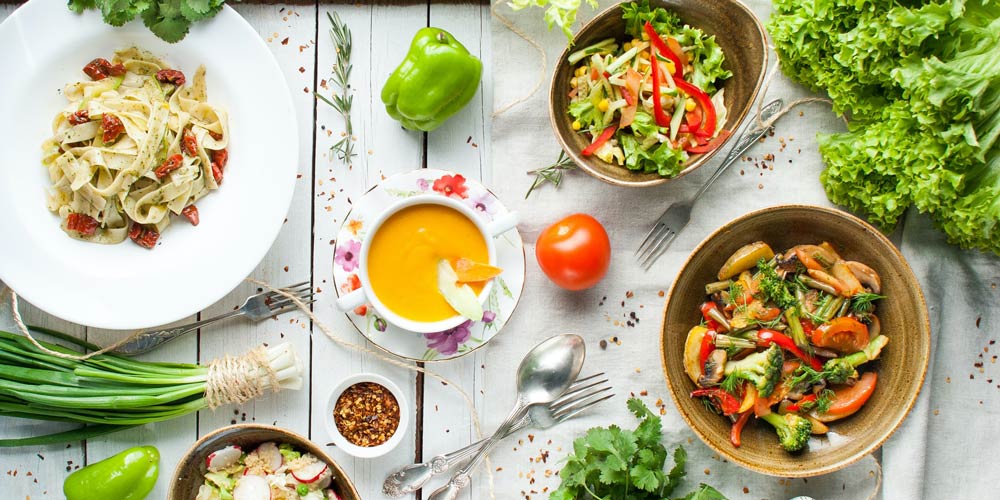 How to Be Vegan in Hungary?

Why is it difficult to be a vegan in Hungary? Well, iHungarian cuisine is not exactly famous for its light, meat-free, health-focused dishes. Bacon and milk for breakfast, a good portion of stuffed cabbage with sour cream for lunch and a hearty fried sausage for dinner: these are very average daily meals.

These eating traditions are so entrenched in people that it is completely incomprehensible to many, especially older people in rural areas, not to eat meat or drink milk. Therefore, vegans often find themselves facing some resistance. And heated debates usually won’t change anything. But then what can be done?

First of all, accept that others follow different rules than you – and ask them to do the same. With mutual respect and by not getting too involved, tension can be avoided. Simply choose a few side dishes that fit into your diet and fill your belly up with them.

Are There Vegan Shops and Restaurants in Hungary?

When you are in control of cooking and baking, things are quite different. Then it is not really difficult to be vegan in Hungary. You just need to know where to get your groceries and your produce.

There are countless vegan-friendly shops in Budapest waiting for you to discover them! Most of them also have a webshop, so you can easily order, even if you don’t live in the center of Budapest. For those who live in Budapest, the monthly vegan Sunday Market is a must-see, where you can find everything you need. And even if you go to a restaurant, it will be easy: today there are

If you follow a vegan diet, it doesn’t mean you have to cook at home from now on, on the contrary! With the spread of the vegan movement, more and more places offering vegan and vegan options in Hungary.

Among our favorites are Hummusbar, Vegacity, Good Karma, and Epoch Vegan Burger (formerly Istvánffi Burger).It is also worth not to miss the Cosmos Vegan Restaurant, where the food always smells deliciously, or the Napfényes Restaurant, where the selection is so big that everyone can find something to their liking.

Don’t forget to follow us on Facebook, if you want to read more news about the best yoga studios in Budapest, yoga & healthy lifestyle events in Budapest and a conscious lifestyle!